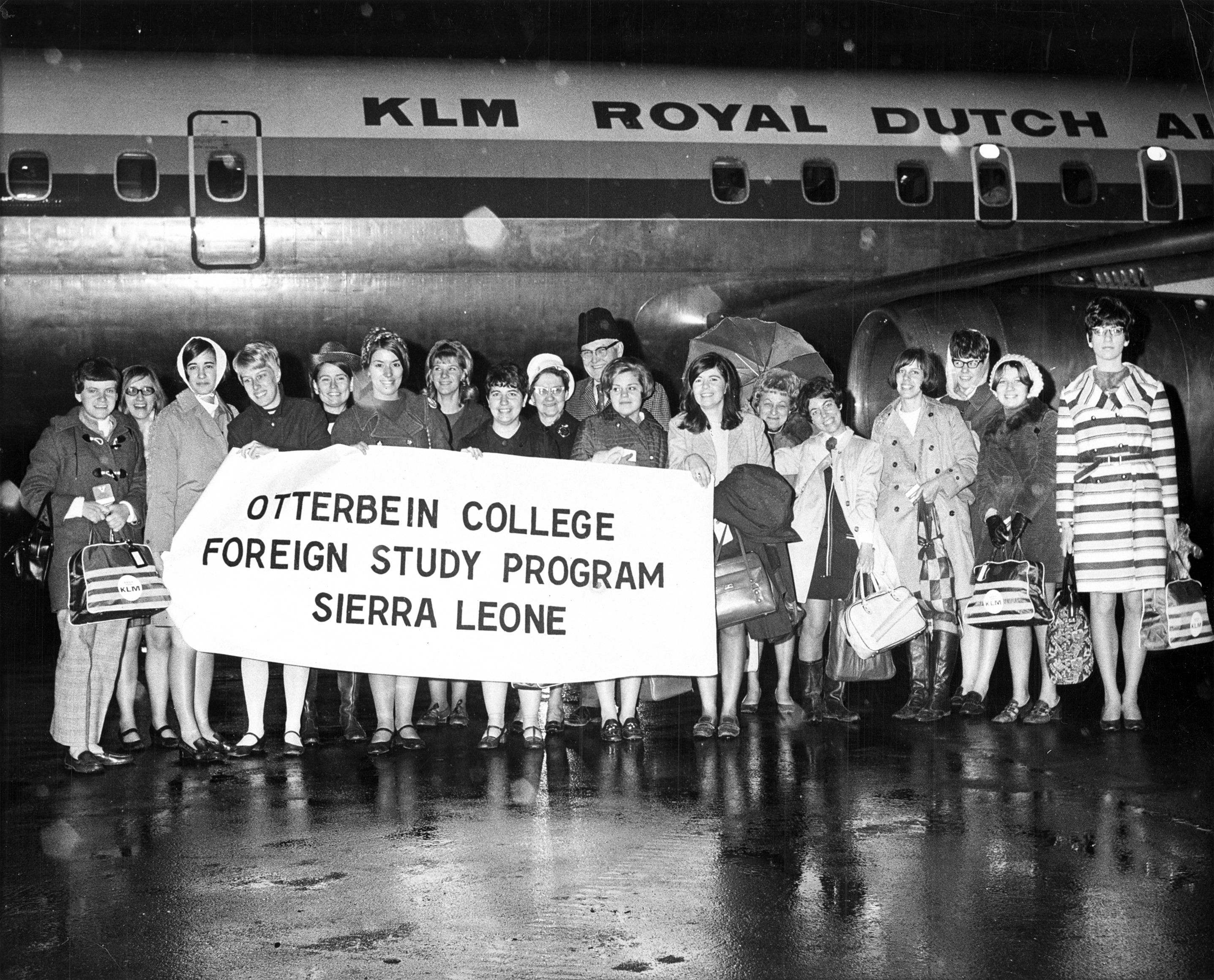 The Sierra Leone / Stauffer Collection documents the development and operations of Otterbein Sierra Leone Foreign Study Program in Comparative Education. The program was developed from 1967 to 1971 by Mildred Stauffer, assistant professor of Education, and Dr. Chester Addington, Education professor and head of the department. In the late 1960s, Otterbein College had a large number of alumni and contacts in leadership positions throughout Sierra Leone. These connections and the unique opportunity for students and professors to analyze the role of education in economic, political, and social change within a different culture, prompted the Education Department to develop the Sierra Leone Foreign Study Program in Comparative Education. After only two years, 1969-1970 and 1970-1971, the program was cancelled due to financial constraints and political unrest in Sierra Leone.

Students in the program had to register and complete a preparatory seminar course in the Fall quarter. This time was spent learning about the culture and history of Sierra Leone and Western African. Special lecturers and guests were brought in to instruct the students on special topics, such as, Western African art and the impact of missionary work in the region. Special attention was given to the study of the Sierra Leone education system. During this Fall seminar course, students developed proposals and conducted initial research for their final research papers. The ten-week Winter quarter was spent in Sierra Leone. A group of Sierra Leone based collaborators, the Sierra Leone Foreign Study Committee who assisted Stauffer in establishing the program, also assisted with student orientation, introducing them to the country and arranging many of the in-country details. While in Sierra Leone, students were required to observe in Sierra Leone classrooms and continue their research. As a Comparative Education requirement, each student worked in a classroom at designated sites throughout Sierra Leone. Their role was to observe and assist the primary teachers. Students also used their time in Sierra Leone to continue their research for their final papers. The students were able to take advantage of the libraries and resources at several Sierra Leone universities for this purpose (e.g. Fourah Bay College, Njala University College, etc.). The students and sponsors also took the time to visit different regions of the country and experience various aspects of the culture thanks to the arrangements made by the Sierra Leone Foreign Study Committee and sponsors, Stauffer and Addington. Finally, the students completed the program in the Spring quarter. This seminar also brought in guest speakers, but the majority of time was spent reflecting on and evaluating their international experiences and revising and submitting final research papers.

The collection also contains other materials that were not created directly in support of the Comparative Education seminars, such as Freetown newspapers, but many of them capture the historical context of the program. Finally, there are also other items that are only indirectly related to the program, touching on broader topics, such as International Education and travel.