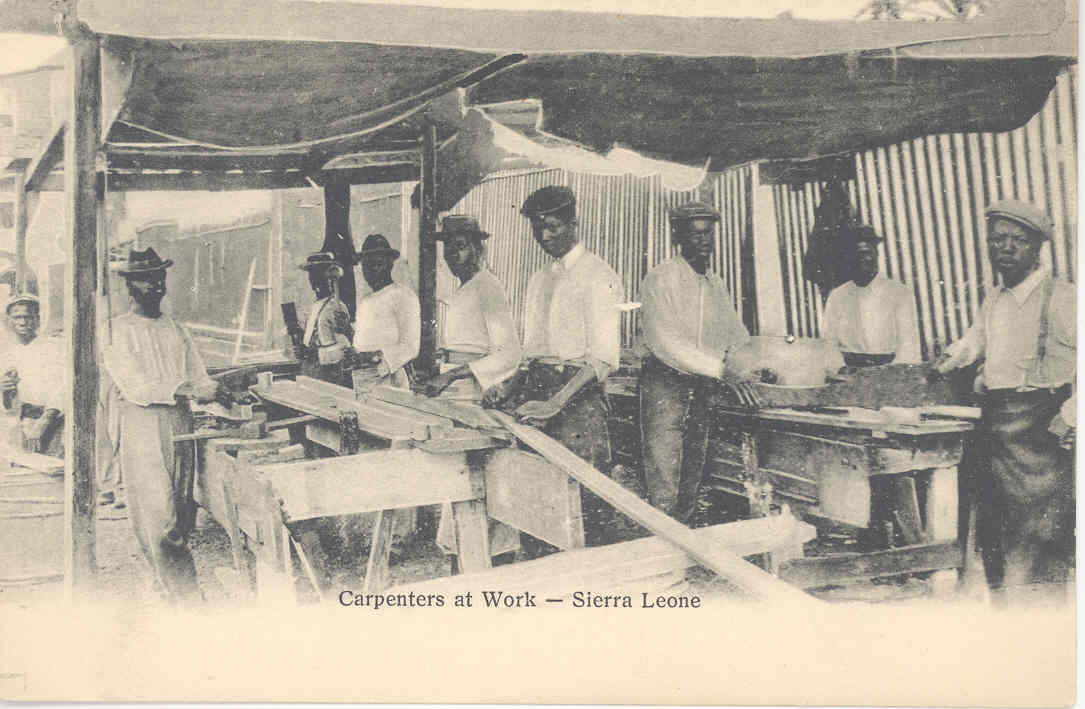 Wallin E. Riebel, an ordained minister of the United Church of Christ, graduated from Otterbein in 1903. That fall, he was sent to Sierra Leone as missionaries. Wallin Riebel stayed in Sierra Leone until 1905.

This collection of commercially produced postcards, and a handful of amateur photographs, dates from Riebel’s time in Africa and were brought home with him. They show contrside, views of Freetown and surrounding areas he visited, as well as native costume, work, and schooling. The photographs show church buildings and village scenes. One of the photographs is of Riebel and a native servant. The Otterbein University Archives also contains a large collection of Riebel’s letters sent home from Sierra Leone.

The postcards in the collection are commercially produced, mostly with a “title” explaining what the view shows. Some cards were parts of a series of views, although the Riebel collection contains no complete sets. A few of them were mailed to Riebel, but many of them appear to have been purchased and kept, not mailed, by Riebel for his own uses. A close comparison of the Riebel letters might clarify their date of purchase and intended use.
Printing is not supported at the primary Gallery Thumbnail page. Please first navigate to a specific Image before printing.